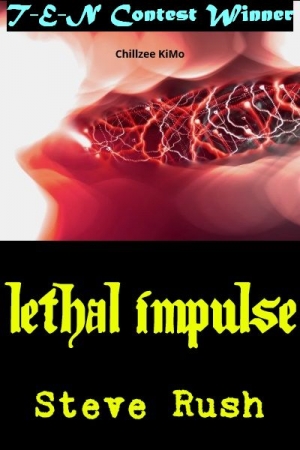 Vanessa Flack squirmed and strained against the paracord securing the towels to her wrists and ankles. Twilight robbed her face of color. Her skin looked as if grayed in death. The same way she would soon appear at the crime scene sans the restraints and her clothing.

“Why are we in the cemetery?” She asked from the trunk of the black sedan. “Where is Katie and Chad? You said the murder-mystery party is supposed to be at the barn.”

“It is, Vanessa.” The tactical-garbed kidnapper grasped Vanessa’s hand to calm her. “Chad’s there now constructing the scene. Katie and the others will join us after I get you set in place.”

“Are you sure?” Vanessa tugged at the restraints.

“Have you ever known me to lie to you?”

“No.” Vanessa stilled. “You have always been very nice to me.”

“Then trust what I tell you, Vanessa. I’m taking you to the barn where Chad will make a video of me killing you. He will then document the subsequent investigation.” The click of a tactical knife blade locked open elicited a flinch. “We’ll put on a show Madison, Georgia will talk about for years to come.”

“That knife is just for show, right? You’re not really going to hurt me.”

The kidnapper waved the knife a foot from Vanessa’s face. “The effect of a tanto blade is one experience a person never forgets.”

Vanessa reached out. “Please let me ride up front with you. I’ll hide behind the front seats. Nobody will see me.”

“Relax, Vanessa. You agreed to portray realism for effect. How would it look if one of your friends noticed you getting out of the back seat instead of me pulling you from the trunk? A little discomfort hurts nobody. It will be over soon.” The kidnapper slammed the trunk lid.

Darkness consumed them when the lights shut off and the sedan rolled to a stop beneath a hundred-year-old oak tree behind their destination. Vanessa’s abductor eased along the side of the car to the trunk, felt for the lock, and inserted the key.

Vanessa jerked away when a gloved hand touched her arm. “Where is Chad? Untie me now.”

“Soon.” The captor gripped Vanessa’s shoulder, slid the hand to her throat and stuffed a gag into Vanessa’s mouth. “This is reality, Vanessa. It’s time to die for what your backstabbing sister did to me.”

Weeds of guilt thrived in Neil Caldera’s heart. Remorse squeezed him the moment he watched death seize the young woman. He could still hear her chest rattle while she exhaled her last breath. Now, the clinks of bottles, aromas of food, and endless chatter in Ricardo’s Kouzzina reminded him of life and the one who no longer enjoyed its fulfillment.

Neil leaned on his left forearm and picked at the seared tuna. He set the fork aside and rubbed his face. He propped on his elbows and peered between his fingers. Every face in the restaurant expressed enjoyment except two—his and the man wearing his shirt tail outside his jeans three strides inside the front door. The man moseyed by Neil. A bulge showed beneath the plaid shirt at the left hip. An odor of cigarettes trailed him.

A second twenty-something male in a black hoodie sauntered in. He propped on a cabinet near the entrance.

A forty-year-old waitress strode to the table at Neil’s head bob.

Neil rose to his feet. “Trip the silent alarm and act normal,” he whispered in his New York accent.

The server ambled behind the bar, reached under the end, and came out with two glasses. She winked and pushed through the door into the kitchen.

Neil sipped his water and strode toward the restrooms. He bypassed the lavatory and eased the rear door open two inches.

The plaid-shirted male dawdled at the corner. Weight shifted to right foot. Smoke wafted near his head and shoulders. A Camaro idled midway between the corner where he loitered and Neil. Every three to four seconds the man peered around the corner.

The man showed no knowledge of anyone’s presence until Neil lifted his right leg and rammed his foot behind the knee of the man’s weight-bearing leg. Neil jerked the pistol from the