I Myself - V Suresh 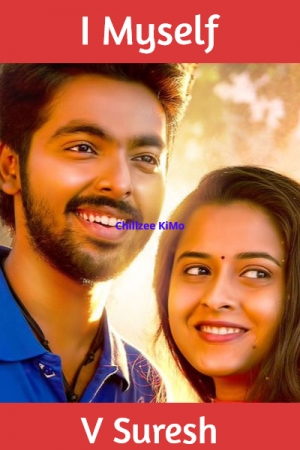 Story Name - I Myself

I Myself - V Suresh

It's morning 8.00 am, Nungambakkam Railway station, Suburban train from Beach to Chengalput has come and reached, Commuters are boarding and getting down from the train just with in a span of a minute train started to leave the station, while train is on, movement some loud singing, shouting noises are being heard from one of the train coach, it's the noise of college students just singing and chatting within themselves, while it is going so all of the sudden there was a loud voice all the singing and shouting has stopped, and all focus went on to the direction of the voice, it was an old, man on his mid 50s pushed a student aside whom has slightly brushed on him unknowingly

He started firing him and rest of the students, taking support of a nearby female sitting opposite to him

Old Man : Move that side you idiot, you have fallen on me and disturbing

Old Man : you students don't have any manners

Student : sir, I already asked sorry why don't leave this, it happened unknowingly.

Old Man : You people do not even know how to behave properly, this is what you students are learning your life

Now looking at the women opposite to him

Old Man : this generation is a complete waste, they don't know to respect the elders, don't  know how to behave in public, whatever it is these people will never match our, generation our discipline, our respect to elders and today's youngsters will never learn to have those qualities, just listen the songs they are singing "why this kolaveri", " Yeven see unna pethaan" are these songs

Women sitting opposite to, him also nodded to what he said

Again that student requested that Sir please excuse me it's a mistake and before speaking further there was a girl's voice, hei Jai just hold on, what is your problem Sir, he admitted its a mistake and it did not hurt you also still why do you have to create such a big scene and making issue of it

Old Man : see this girl how she is behaving

Women : Girls also  have changed a lot not like our generation.

Girl student : Please stop, what way you think we don't respect elders, did we pass on any wrong comments on you, or behaved badly with you, as this train, journey has, become a routine for us, we are time passing by singing and commenting with in our selves and what is so great about your generation Did you also not have songs like "surangani surangani" "Once a papa met a mama" are these meaningful songs? Atleast we are just singing and chatting within ourselves, but during your generation you used to damage public properties like buses, shops and cause severe disturbance to general public, now you speak greatness about your generation

Girl Student : Sir please understand one thing, there is nothing called generation gap - love, betray, murder, loot, rape whatever that are happening today has happened in your generation also, on any generation we are just human beings, while the way how your father behaved with you, the same way you  treat your children and your children on their children, but only during youth we create interest within ourselves on new things that becomes a trend for that generation, in fact youth who create a new trend or follow new trend will be more successful in their career. Finally once get married and reach an age above 30 we will become as like you (sitting quitely on a available seat on a train or bus and focusing only on earning money, looking after family